For the last three years I mostly used pair of Sennheiser PX 200 II i wherever I was. I love their portability, the included headset and their sound quality. At work I had an extension cord running across my desk as the original cable wasn’t long enough. Having this cable annoyed me quite a bit. So after a colleague got himself a pair of Bluetooth headphones a couple of months ago, I want to get some myself as well. So after weeks of occasionally reading reviews and checking prices on Amazon I ordered a few on Amazon. Here is my interpretation

Disclaimer: This review is exclusively based on subjectivity and full of amateurish interpretations of sound. 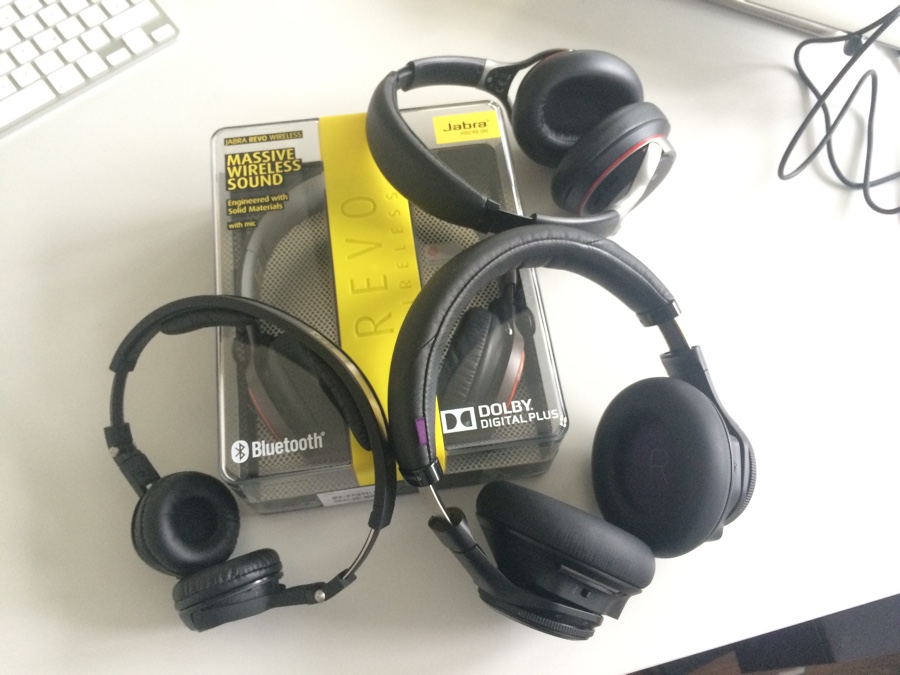 I had a chance to test one of the wireless Beats (can’t remember which exact model) and the Sony MDR-XB950BT for about half an hour each; And the Sony MDR-10RBT, the Jabra Revo, the Sennheiser MM 400 X and the Plantronics BackBeat Pro for at least a day each. Here my impressions and thoughts on them.

Too much bass: Beats Studio 2, Sony MCDR-XB950BT and Jabra Revo

Even without any kind of Bass Boost or equalizer these three didn’t sound balanced but were tilted overly towards drowning everything in bass. I didn’t like it and dropped them quickly. Additionally the Jabra Revo had a somewhat mushy sound, which seems like a defect of the pair I had since most other reviews don’t mention anything therelike.

They are the smallest in this set. You could definitely hear this lack of size and therefore some atmosphere. But coming from their wire-bound counterpart I did like them a lot; they are extremely light and comfortable to use, and the sound is very clear. Listening to all the other headphones it got me thinking whether the extended use of such small headphones skewed my reception and like for bass a bit.

Nonetheless, once I tried to push the bass a bit further (using the fantastic Mac App Boom) they sounded even better and much more rounded. But I got constant troubles with the Bluetooth reception in situation where there are more multiple Bluetooth devices, e.g. the office with it’s multitude of Apple keyboards, Magic Mouses and Trackpads all cluttering the Bluetooth spectrum. The other headphones were more resistant to dropouts.

I do like them, they sound good, their reception is extremely good and they are very comfortable. Honestly, I cant really say anything negative about it. These are the ones my colleague settled one and he was kind enough to let me test them every once in a while.

These were last ones I ordered. I was already in between keeping the Sennheiser’s or ordering a pair of the Sony’s for myself. The first impression out of the box: They are huge, even for over-ear headphones and also a bit heavier than the Sony for example. But I like them the most, they sound pretty awesome. 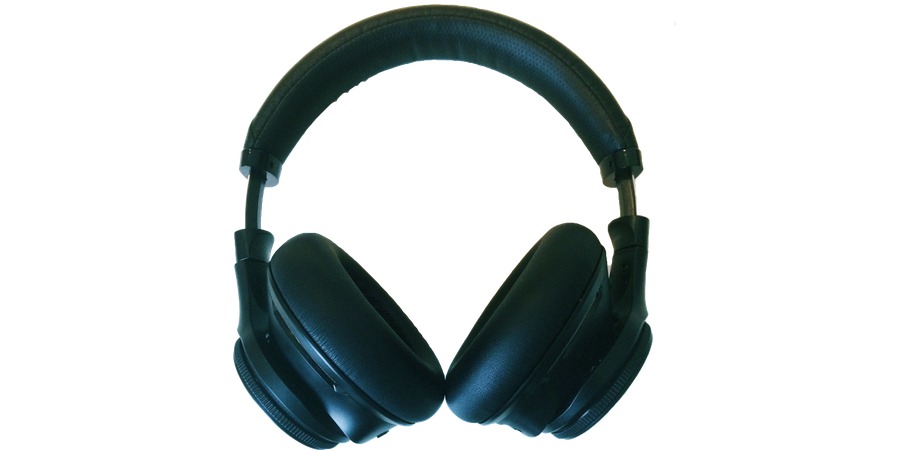 Their size has been my biggest concern: They are big and I probably won’t wear those in the subway. But they are comfortable nonetheless – even after a prolonged period of usage (5+ hours) they never get too heavy or uncomfortable.

The controls on the headphones are very easy to use: The touch controls of the Jabra Revos are surely an interesting user interface concept, but I would constantly end up skipping tracks when I just wanted to change the volume. All functions have their very own controls that are easily reachable, so I don’t have to fiddle around my ears.

The sound is just awesome. I don’t have much experience but to me they sound very well balanced. There is enough bass for some heavy metal stuff and the mids and highs sound very clean – however one does describe this in audio-language. Voices and podcasts also sound quite natural. Definitely the best audio quality of all the headphones I tested.

I can’t really tell how good the noise canceling is for a lack of references. But it is noticeable in an office setting – I often find myself missing conversations when listening to music on a low volume and ANC is active. Often I see this as relief. Albeit initial skepticism, I use the “OpenMic” feature occasionally: it will record the sounds from the outside and directly push it through to the speakers. Great for listening to something around you quickly.

The Bluetooth reception is also very good. Only minor dropouts when I actively put a lot of other Bluetooth devices in between the headphones and the source. Otherwise they they’re superb. Even the lag for watching videos is still acceptable – at least good enough for the occasional YouTube video.

Batterywise the headphones tell me still have “Battery medium” – after approximately using them for at least 12 hours since a full charge. I will see how this evolves in the long run.

On Bluetooth Headphones in General

From this unrepresentative set of test objects, it seems that there is a significant difference regarding the stability of a Bluetooth connection. With Bluetooth 4 seeming to be the most stable especially in contrast to some Bluetooth 2 devices. The same goes for the sending instance: One can tell my older early 2011 MacBook Pro (Bluetooth 2.1) sounds much worse than the 2014 MacBook Air (Bluetooth 4.0).

And what sucks most about using almost any Bluetooth device on the Mac: The media keys of the headphones can only control iTunes, no Spotify or whichever other player that normally would respond to the media keys on the keyboard. But there are a couple of solutions to circumvent this: mac-bt-headset-fix and BTHSControl – I use the later one for now.